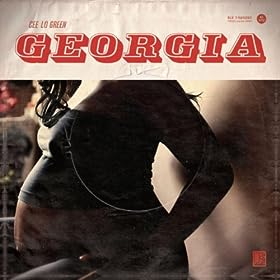 Just got an email from Tom “TNT” Brenneck of the Dap-Kings/Menahan St. Band, letting me know that this new single by Cee-Lo was produced by none other than…the Menahan St. Band! Apparently, this little factoid has flown under the radar of all the rappity rap blogs in their rush to be “first.” But yeah, this seems like kind of a big deal to me. After all, MSB hit a lot of people’s radars when Jay-Z flipped “Make the Road By Walking” into “Roc Boys” and it’s great that they’re attracting the attention of other artists for collaborations.

BTW, Dunham Records (the Daptone subsidiary that’s home to MSB and Charles Bradley) will be dropping “Georgia” on 7″ soon.

P.S. Brenneck put together a killer Curtis Mayfield mix in honor of the late master’s b-day which was the other day.