I know this is usually the territory covered by my man Adam at Musica Del Alma but I’ve been getting in some decent Latin funk recently that I wanted to post up.

The most request acquisition comes from Africadelic, one of Manu Dibango’s several library-esque releases in the mid-70s (African Voodoo being perhaps the best known). I had heard about this album but never heard the tracks off it until this last weekend when my man Steve Kader brought it up for the Rose Bowl swap and damn, this is much on the same level of excellence as African Voodoo – fiery Afro-Latin rhythms for days (and a nice selection of slinky, cool tempo joints too). As the name also suggests – there’s a heavy psychedelic edge on other songs).

Next up: Perez Prado’s incredible cover of “Going Out Of My Head” from his Mexico 70 LP (ostensibly celebrating the 1970 World Cup in Mexico City). There’s a slew of very funky Prado material from this era but it can be confusing since at least half or more of those titles were recorded by the younger Pantaleon Perez Prado as opposed to the better-known Damaso. However, it was the elder who put together this LP (it’s also available under the title Latin Hustle…I believe the two have identical tracklistings but I could be mistaken).

From Mexico City, we end up over in Cuba for a single release off of the monster Grupo Los Yoyi LP. Not only is the rhythm section on this killing it but the vocals add unexpected flavor, as do the spacey synths (which is one thing this album is known for).

Heading further south, we run into Colombia’s Fruko y Sus Tesos with a song that I’ve only seen on 7″ (could be on some Fuentes LP though, for all I know). This one isn’t more on some killer groovy/mod tip and isn’t like very many other Fruko songs I can think of at all. As usual though, the piano riffs are just killer (I’m always confused as to who played piano with Fruko in this era…anyone know? Is this Hernan Gutierrez?).

Lastly, we time warp to the present with a new track off of Stereo 77’s Jibaro Beat EP. If those opening drums sound at all familiar, it’s because it’s from Bo Diddley’s cover of Odetta’s “Hit or Miss” (I still think Odetta’s drums knock harder but Diddley’s have more flavor). Overall, a fun composition with plenty of play-out potential. 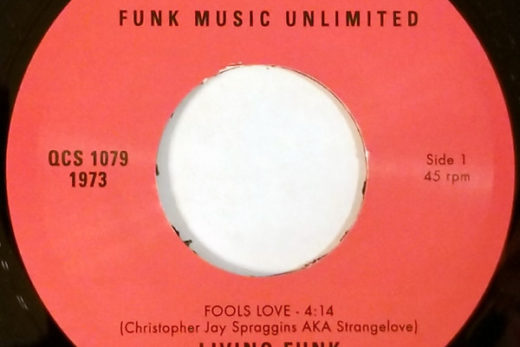