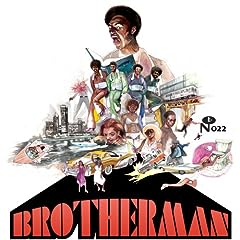 (Editor’s note: Since I had already written up the Brotherman soundtrack for both Side Dishes and an forthcoming LA Weekly review, I asked contributor Eric Luecking to take a whack at it and here’s what he came with. Be sure to check that Side Dishes post to hear my personal favorite song from the album, “I Don’t Care.” –O.W.)

Somewhere in time the unknown soul band meets The Temptations and The Impressions. That point in time was captured back in 1975 when the Final Solution wrote the soundtrack for the as-yet-unfilmed Brotherman. Imagine Curtis Mayfield writing the soundtrack to Superfly but not having seen one scene; in fact, it’s questioned whether a script was even finalized for Brotherman.

Final Solution was originally known as the Keldirons. Their recorded output was a single 45 for Twinight under the (misspelled) name The Kaldirons. Having developed their style of singing and jamming in the hallways of Crane Tech high school, they had built a reputation as a stellar Chicago band filling dates on the club circuit nightly thanks to the help of Five Stairsteps member Marcellus Burke.

After starting from scratch with a new name, the Final Solution reconnected for a different label and started working with Chicago songwriter Carl Wolfolk, another Crane tech alumnus. Their short time together yielded this blistering blaxploitation soundtrack. Although they never finalized the mixing and full string and horn arrangements for each song, the first 10 tracks on the soundtrack were what was cut at PS Studios. Later, Wolfolk would lay down string arrangements for the title cut as well create another instrumental, â€œNo Place To Run,â€ for use in the film.

The aforementioned â€œTheme From Brothermanâ€ also gets a vocalized version as the opener of the album. Sans the strings, it’s replaced by a more minimal mix with backbone harmonies and lyrics encouraging you to â€œtell it like it isâ€ and to â€œhelp your brotherman.â€ After all, that’s what a pusher turned preacher does.

The next tune, â€œNever Coming Back Again,â€ picks up the rhythmic urgency where the title cut left off. At that point, the album takes a sharp turn for more mellow grooves. That’s not to say that the rest is forgettable because it’s certainly not. It’s a showcase for how well stripped arrangements and their tight Windy City harmonies that highlighted Allen Brown, who sounds like a vocal doppelganger of Eddie Kendricks – THE soul falsetto voice of his day, can work. Throw that in a pot with some slinky bass and chicken scratch guitar and you’ve got yourself a sound; what’s even more amazing is that this was recorded in a 24-hour period!

As with previous management experiences that had let them down, Brotherman would not bring them the fame Final Solution desired. Money was short for the film and all parties moved on. Wolfolk tried shopping Brotherman to another label a couple years later but was turned down.

Lady Luck never appears on command, so it’s no surprise that this project didn’t find a final home until now, however unlikely the circumstances were that led to its discovery. The reels had been stored on a dusty shelf for the last 30-plus years before being passed along to the folks at Numero. If previously unknown gems like this turn up in 2008, who knows what else is buried in a box in somebody’s closet? 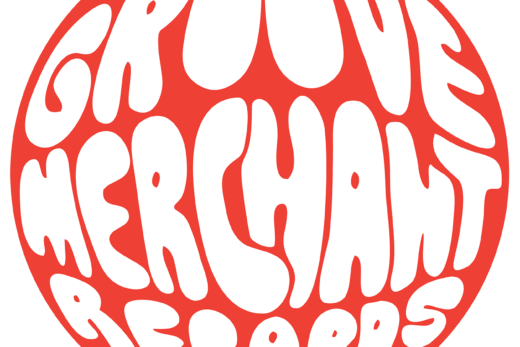 RECORD WHEEL #3 – THE MERCHANT OF GROOVES