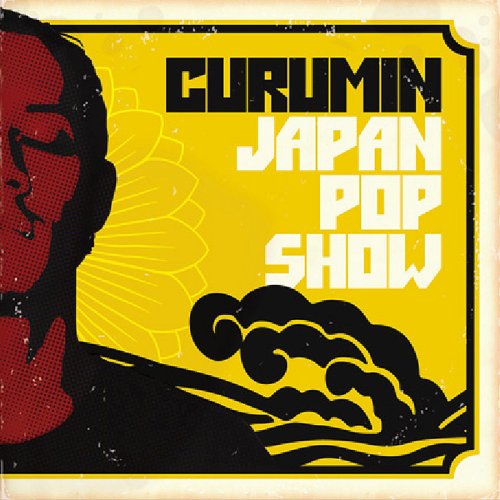 Victor Davies: Sound Of The Samba

A few years ago I came across this lovely track by Victor Davies called â€œSound Of The Sambaâ€ from his self-titled album.. Immediately I was taken away with lovely acoustic instrumentation and mellow vocals. As the track progressed I was transported to a summer block party in Rio de Janeiro with jittery drums and jaunty horns. Since then I have been hooked on samba. You just can’t help but feel good and dance… even if other people ARE watching. It’s musical alcohol; inhibitions just disappear.

Quannum’s upcoming release of Curumin’s sophomore effort, â€œJapanPopShow,â€ combines the feel good samba along with touches of afrobeat, hip hop, and even reggae. Curumin not only sings in both English and Portuguese (Brazil’s official language) on the album but also handles most of the instrumentation. Labelmates Blackalicious and Lateef The Truth Speaker drop by on â€œKyoto,â€ with Chief Xcel handling the production while Gift Of Gab and Lateef drop their 16 bars. â€œCaixa Pretaâ€ continues with the hip hop beats as the intro drums sound like Neptunes production.

â€œSambitoâ€ has a very bouncy feel to it. Accompanied by San Francisco skateboard legend Tommy Guerrero on guitar, the song lyrically references the joy of playing along to the music with friends. My personal favorite track on the album is the seductive love ballad â€œMisterio Stereo.â€ With its lovely cavaquinho, a small four-stringed guitar, and hypnotic background instrumentation, it’s one of those songs that just sounds sexy even if you can’t understand the Portuguese that Curumin lulls.

Recently I had a chance to talk to Curumin about his influences, his upcoming appearance at the Brooklyn Music Academy, and what samba means to Brazil:

What does samba music mean for you and your country?

Samba it’s a genre of music that I love, as many others. Of course that is genuine Brazilian music, so I understand very well what it expresses, the soul in it. But you know that, as a paulista, and without music lover parents, I grew up listening to pop music on the radio. Just when I was about 12 or 13 years old, my brother showed me Stevie Wonder and then I fell in love with the afro-American music. And just after that I discovered the afro-Brazilian music. Today I listen to a lot samba. To my country samba it’s everything. It’s the Brazilian soul. It’s most important genre of popular Brazilian music. Samba and BaiÃ£o.

Name your top 5 Brazilian music influences and speak just a short bit on why they have influenced you.

Oh no! This a hard question in these mp3 days! Because I have about 5000 songs walking with me everyday, anytime, and I lose that sense of top 5 or top 10, whatever. And the relation with that idea of influences changes too. I get more influenced by an album than a song. Can I tell you about 5 great albums that I’ve heard a lot in the last week? Check it out:

Clementina is the real samba singer for me. And in this album she sings deep and strong. The band is very simple, almost just percussion and a trombone. Roots.

With Fernando Catatau ahead, the band released this excellent album in 2005. Very progressive, creative and provocative. The love songs are killer!

Fresh, and one of the best releases of the year here in Brazil. Buguinha, actually, is a great sound engineer, and made this album in original dub style. Dope.

Based in the book Macunaima, by Mario de Andrade, the album mixes beautiful melodies and roots percussion lines.

I discovered this album from a reissue by the Ubiquity label. It’s almost impossible to find the original one here in Brazil. The album has this Minas Geras (a state in Brasil, same of Milton Nascimento) flavor. The arrangements are amazing!

There is such a diverse sound on JapanPopShow, even more so than on your debut album. Expand on how you are able to blend the rhythms of reggae, afrobeat, funk, hip hop, and samba and still have it sound so cohesive.

As I said, mp3s have changed my way of listening to music. I mean, I am used to hearing all the rhythms you’ve said walking to work, taking a bus to the cinema, getting my car to travel, etc. I’m the shuffle guy!

And growing up in SÃ£o Paulo, I always heard different types of music all the time. I’m not a specialist in any kind of style. I just like, more than the others, the afro-American music (remembering that Brasil, Cuba, Jamaica, Colombia, Uruguai, Mexico are all a part of America too). For me, there’s no frontiers between reggae, funk, samba, salsa, afrobeat, candombe, soul, hip-hop.

Describe how the collaboration came about with Gift Of Gab and Chief Xcel of Blackalicious. I know you met while they were touring Brazil. Is that how you came to Quannum initially?

Blackalicious came to play here in 2004, I guess, and my co-producer, Gustavo Lenza, was their sound engineer. He gave a copy of “Achados e Perdidos” to the guys and they liked it and wanted to put it out.

In 2005, I guess, they released the album “The Craft” and ask me to make a riddim of a song from the album, and I made “Kyoto.”

We started to play that song with a different beat in the shows and we put it in the new album, JapanPopShow. It was very natural to call Blackalicious to guest in the new version.

Who is on your shortlist to work with on future projects?

Buguinha, the guy I recommended in the top 5 influences question; Tommy Guerrero, that is already a partner in some songs, but now we want to make a record together; the guys from Lifesavas; Kamau, a great rapper here in SÃ£o Pauloâ€¦

You’re slated to perform in December at Red Hot + Rio 2 in Brooklyn. What are you looking forward to the most about that show?

I don’t know. They have asked me to sing two songs and for me it’s hard because I am not a crooner or an entertainer. I always get myself thinking “oh my god! What am I gonna do without a drum!? Where do I go if I can walk trough the stage?” Ha!

What does it mean to you for the Brooklyn Academy Of Music to sponsor the Red Hot + Rio event and put you as one of the artists at the forefront of today’s Brazilian music scene?

Oh! I must show that to my parents, to convince that I’m working; that I’m not a tramp, chilling out and partying everyday! Hahaha!

But there’s so much good music being made down here, that it’s hard to put someone in the forefront. At the same time, it’s always good to feel this good reception.

JapanPopShow is being released digitally on October 7, although you can buy it a week earlier on iTunes and receive an exclusive bonus track, while those who prefer something more tangible won’t see it on shelves until November 4. Regardless of what the calendar says, summer doesn’t have to be over. So crack open the windows, grab a Xingu, and jam along with Curumin and friends at your own neighborhood block party.