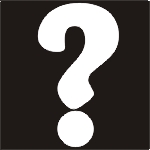 The Willie Dynamite soundtrack isn’t the best blaxploitation album ever recorded but it’s far from the worse and more to the point, it boasts “Parade Strut.” The blend of military march with the funk syncopation is fantastic – it’s like the prototype for what Destiny’s Child’s “Lose My Breath” tries to attain.

Listening to it spurred a memory of how good Isaac Hayes’ “Breakthrough” is, a wicked breakbeat laden song from the Truck Turner soundtrack. Aren’t the drums incredible? Their sharpness, crispness, how they just chill in the pocket like it ain’t no thing. I wonder if Bob Powers grew up listening to stuff like this.

The last song is a mystery cut I pulled from (if I recall correctly) a Canadian record. Not a soundtrack technically but the songs off of it have the same kind of random-yet-not-random quality that I associate with soundtracks. This is a snippet taken from one of the longer songs on the LP and I like its twitchy quality – super-funky and amped up, like a good chase scene down an alley, ending in some smoked-filled bar. Or something like that.