Common: Invocation
From One Day It Will All Make Sense (Relativity, 1997)

I was working on a writing piece that started to get me all nostalgic for hip-hop in the ’90s. Given that I’m 32, the early to mid ’90s were more or less my golden era and unconsciously, I always find myself thinking about the songs that came out during that time. I slapped together a few of my favorites.

I first heard the B.U.M.S. “Lyfe N Tyme” on KMEL’s The Wake-Up Show and it floored me instantly. That vibes loop seemed to run on forever and I loved how the B.U.M.S. and Mystic (first time I had heard her) were creating this gorgeous, melancholy anthem for Oakland and its hard-luck residents. It also didn’t hurt that the track was produced by Joe Quixxx, one of my all-time Bay Area producers (how come he doesn’t make beats anymore?). This appears on the B.U.M.S. first (and only) album.

Lord Digga’s “Feel It” is probably the best thing he ever put out (this being the Lord Digga who was down with Masta Ace Inc.) but it appears on this strange EP from Southpaw which also feat. an early Ill Bill track, a song from T-Love’s first group, “Love N Props” and a few other assorted joints. I’m assuming Masta Ace produced this since it sounds up Ace’s alley but I’ve never been sure. I love that all these gruff braggadocio rappers from the mid-’90s were rhyming hard over jazz loops. I guess now it seems a little incongruous but then again, Jay-Z was busting crazy flows over slow soul tunes so maybe it’s not all that strange.

Speaking of jazz loops, I’ve always wanted to know where No I.D. got that sublime guitar melody that he hooked up for Common’s “Invocation”, the short but sweet song that starts off Com’s third album. The song reminds me a lot of “Commonism” from Resurrection and I’m certain that’s no coincidence since both bring back the instrumental beat after an eight bar lull at the end. I never thought this album was as good as I wanted it to be, especially post-Resurrection but when it started like this, I thought it was going to be the greatest thing in the world.

By the way, I’m out of town (again – three weeks in a row, crazy) for the Thanksgiving holiday so we’ll be offline for a few days. Happy holidays to everyone.

Tom Brock: There’s Nothing In This World That Can Stop Me From Loving You & If We Don’t Make It, Nobody Can

It ain’t over. A while back, someone asked for some Barry White and frankly, Barry’s not really in need of that much highlighting. I mean, it’s Barry friggin’ White – practically his entire catalog is available on CD and he’s no big secret. That said, I love the big guy (RIP!) and wanted to get in something by him that was a lil off the beaten tracks.

Besides his own albums, White produced quite a few groups himself, including Jay Dee (not that Jay Dee), another vocal group that I’m still trying to track down some albums from and Tom Brock, who worked with White on his 1974 album for 20th Century. The song, “There’s Nothing In This World That Can Stop Me From Loving You” (that’s a mouthful right thurr) is the best vocal track off that LP – stirringly soulful, especially how it begins with Brock’s falsetto cries. It’s been rumored that Kanye West Just Blaze is a big fan of the song. Hmmm…

Anyways, “If We Don’t Make It, Nobody Can” ends the album and if you’ve ever heard White’s soundtrack tunes, this instrumental number would fit right in: dramatic, funky, but with that swelling production that I always associate with his songs. The big man wasn’t one for quiet, sparse production: he liked to drop a mountain of sound on you. Ain’t no half stepping.

This album wasn’t in that high of demand until everyone figured out that Blaze sampled it and costs on the OG are still fairly high (think over $50) but it’s been reissued both here in the US and from abroad so it’s a lot easier to find now than it has been.

QUEENS OF THE KEYS

CHARLES BRIMMER: TOP OF THE MORNING

WHERE I’M GETTING DOWN 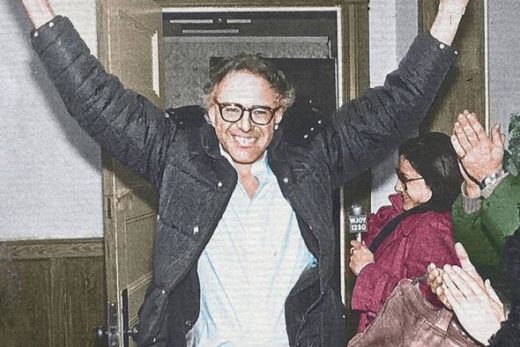