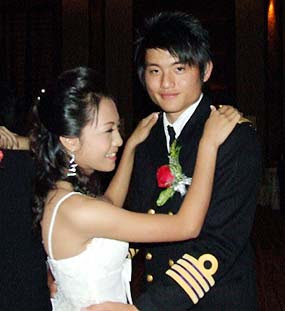 The blog, Themes for Young Lovers, recently interviewed me about my songs o’ love, sex and romance. Yeah, it’s true, I had absolutely no music at my own wedding. Like Will Hung, I have no regrets.

As I noted, when asked “Name 3 songs that would be no-brainers to put on a mixtape for that special someone you were trying to woo”…I included nary a soul/R&B song on there. I think part of it is that my favorite soul songs tend to be about breaking up, not making up but taking a quick spin through my library, there are some soul tunes that would easily go onto my “Woo You” mixtape:

The Impressions: Fool For You
From This Is My Country (Curtom, 1968)

First of all, I wouldn’t trust any potential lover who doesn’t like this song. Deal breaker. Second, it’s a powerful song that doesn’t necessarily rain down with “too much/too soon” overtures (the danger of a more powerful ballad). This says “I’m crushed on you but I’m not trying to have our name tattooed in blood on me. Yet.”

Just tell him/her, “looking at you makes me feel the same way I do when I listen to this song.” Shameless but highly effective.

Aretha Franklin: You Send Me
From Aretha Now (Atlantic, 1968)

It’s a groovier flip on Sam Cooke’s classic and it’s fun enough without laying it on too thick.

Because lovers rock never fails. Because the melancholy in this song is deep enough to bond anyone within earshot. Because if your intended recognizes it as “that song from Chungking Express, that’s enough to confirm their exquisite cinematic taste.

Michael Jackson: We’ve Got a Good Thing Going
From The Stripped Mixes (Universal, 2009)

Early MJ is charmingly innocent with just the right touch of grown-up sentiment. And the stripped mix is so irresistibly on point.

So much more I could throw on. Feel free to add your favorite “woo tunes” in the comments.