It’s been a while since I’ve written anything about Ruby Andrews even though, as I’ve implied in the past, I’d put her ’60s recordings amongst some of my favorite by any female soul artist of the same era.

It took me a few years to figure out that part of what made her songs so good was – apart from the strength of her voice – she also had the Brothers of Soul backing her: all-star support right there.

In any case, I was so caught up in her LPs, that this 7″ totally flew by me until I picked it up the other month rather randomly. It didn’t occur to me (though it should have) that Andrews might have non-LP releases and surprisingly, neither side of this single ever made it to a long play. Dare I say, it’s also one of the best things by her I know.

Both sides are fantastic – “Hey Boy” is more of a mid-tempo Northern track with some strong horns and string accompaniment but as good as that is, I can’t get enough of “Come To Me.” It’s that piano riff that opens – straight off the lower range and so muscular that it almost sounds like a distorted bass guitar. And the Brothers do a killer job of backing Ruby vocally. Seriously, it’s one of the more perfect soul tunes I’ve heard in the last few months. 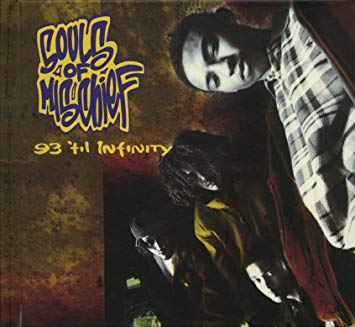 BREAKING DOWN: “A NAME I CALL MYSELF”

SO YOU WANT TO START AN AUDIOBLOG…

THE NEW BIRTH: TELL ME WHY, IS IT SO?