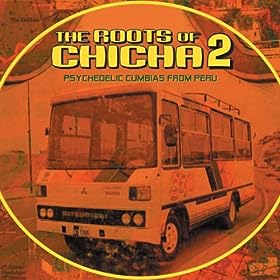 Are we in the midst of a cumbia renaissance? No doubt, folks who’ve been up on this style for years will scoff at the idea that cumbia is suddenly “hot” when it was never “cold” to begin with but at least from my (limited) vantage point, it certainly seems as if there’s been a recent surge in cumbia-related anthologies and compilations being pitched to the same crowds who previously were getting upped on everything from Ethiopian jazz to Panamanian boogaloo.

Yes, cumbia has gone hip(ster) but hey, I’m just as much part of that wave as anyone else and frankly, I’m all for cumbia getting shine no matter what the circumstances.

My first exposure to the magic of cumbia came during one of our many Boogaloo! nights at the Short Stop; it was probably Rani D of Soul in the Park guest-DJing and as he threw in a few cumbia joints in the mix, you could see the dancers viscerally react to it; it’s like you threw some “get hype” switch in their heads.

There’s something marvelously simple about a cumbia rhythm and notice I said “simple” and not “simplistic.” The most distinctive attribute about a cumbia song – no matter old or new or what country it emerges from – is that telltale “two step” rhythm. Listen to a cumbia beat and imagine your head was a metronome and sure enough, you can dip-dip, dip-dip, dip-dip to that rhythm like it was the most natural thing in the world. That plays a huge role in making cumbia such an irresistible force on the dance floor.

It also, I imagine, explains why it’s been such a portable rhythm, emerging out of the coastal regions of Colombia and then traveling across South, Central and North America. That two-step rhythm meshes well with many other music styles, most notably polka, especially once Colombian musicians began to incorporate the accordion into their repertoire.

If you’re a cumbia noob (like me), then you might as well begin with the new Beginner’s Guide to Cumbia, put together by our buddy DJ Bongohead. It’s a 3-CD comp that serves as a decent primer to cumbia styles of the past, present and future. I do wish the liner notes had been more comprehensive – what’s there certainly offers some important historical sweep but compared to the dozens of pages found for the other comps I discuss here, I would have thought a Beginner’s Guide would be more in-depth. What’s notable is that one of other comps I’m writing about, The Afrosound of Colombia is also curated by Bongohead and that’s got a frickin’ encyclopedia of knowledge in there so I’m left to assume that The Beginner’s Guide to Cumbia simply suffered from a limited production budget (the 3-CD comp only costs $14; do the math). In any case, here’s a sampling of various tunes: