(As part of our 5th year anniversary, we’re revisiting 20 key songs. This post was originally published on October 23, 2004).

“I had a minor epiphany the other day. It began with the general and rather obvious observation that I own a lot of records. Too many. What I have just barely fits into my current apartment and frankly, it’s not going to sustain itself much longer if I keep bringing in more LPs without thinning the herd a bit.

At least I can have my Fantasy.” (As part of our 5th year anniversary, we’re revisiting 20 key songs. This post was originally published on April 11, 2004).

“Imagine you’re Lauryn Hill. You’ve gone from one being one of hip-hop’s greatest artists ever to landing somewhere between an enigma and a joke. Your career is so far gone that kids think “Doo Wop” is old school now. One day, Kanye West, one of the hottest producers in the game, calls you up and says, “hey, I’ve made this conscious song about the contradictions about being black and having class aspirations, blah blah blah and I really want to sample your song from the Unplugged album – you know, that double-LP that effectively destroyed your career? Anyways, I want to redeem it by making this really dope song using your voice, is that ok with you?” Somehow, you decide “no,” thereby forcing Kanye to hire a sound-alike in the form of Syleena Johnson, a perfectly good Hill knock-off but the point is that she’s a knock-off, not the real deal.

The song above is the original mix, using the Lauryn Hill sample, as it appeared on the early promos for Kanye’s album. In the opinion of most, includes yours truly, it is the considerably superior version simply because Lauryn just sounds better. You decide.” (As part of our 5th year anniversary, we’re revisiting 20 key songs. This post was originally published on April 30, 2004).

“”You’re No Good” kicks off the Harvey Averne Dozen’s Viva Soul and the song is so good, so sublime in its affect, so remarkably not like anything else on the album that you wish Averne had pressed this up on 45 so you could have the song without the clutter of the rest of the LP to deal with. Don’t get me wrong, Viva Soul is a decent Latin album in its own right and had “You’re No Good” not appeared on here, I would still have found pleasure in songs like the mid-tempo mambo, “The Micro Mini.” But “You’re No Good” opens the album on such a stupendous note that the desperate desire for the rest of the LP to sound the same can only be met by consecutive waves of disappointment as you skip tracks to realize that “You’re No Good” is some kind of aberration – lucky to exist but still alone in the world, at least the world of Viva Soul.

It’s those moments, when the women are seeking their revenge that every element in this song: the arrangement, production and vocals, all come together beautifully. There is something both incredibly soulful and funky about these women’s singing and it creates that moment of pop brilliance that so many songs hope for but few attain. I don’t know what Averne was thinking in writing this song, insofar as the rest of the album doesn’t sound much like this cut, but whatever inspired him is our blessing as well.” 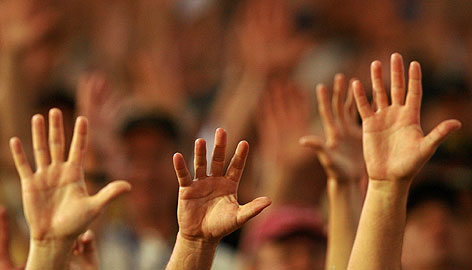 Today, Soul Sides turns five years old as an audioblog. In internet years, that means we should qualify for a pension soon and I have, of course, all of you to thank for the constant support over that time. Soul Sides has also been graced with very supportive press over the years as well and I’m very humbled by their favorable words.

In honor of those five years, I plan on commemorating in a few ways. The first is in reposting key songs (in my opinion) that Soul Sides has plugged over the years – I picked 4 per year. At the end, I’m going to create a limited edition CD with all 20. And finally, later in March, I’d like to have an anniversary party at Boogaloo[LA] to commemorate as well.

And if you have some personal favorites, I’d be curious to know what they are – feel free to discuss in the comments.

To kick off the 5 year celebrations, here’s the very first post (w/ sound) I made for Soul Sides, five years ago today: 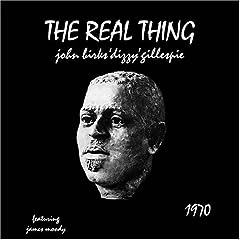 This has long been not only one of my favorite Gillespie cuts of all time but one of my favorite soul jazz tunes, period. Based on the original composition of Gillespie’s pianist Mike Longo, “Matrix” just grooves with a smooth, smoky beauty. The recurring horn riff is super funky and catchy, the main guitar line is similarly memorable and the bassline breakdown? Sublime. Throw in some snappy drumming and you have one helluva dance floor spin not to mention excellent listening material.